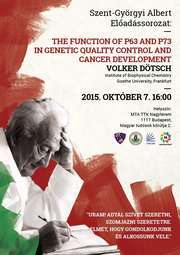 After 4 years of anticipation the 2nd National Chemist Conference was held from the 31st of August till the 2nd of September. As an important and interesting feature of the program, a new, “Molecular and structural biology” session was included based on the idea of András Perczel. During this session, presentations were held by András Perczel, Beáta Vértessy, András Málnási Csizmadia and László Nyitrai, chaired by Péter Tompa and András Málnási Csizmadia. Special thanks go to Professor László Nyitrai for his considerable work in organizing the conference. 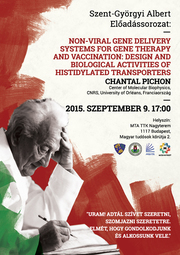